Staircases are a vital part of multi-story structures. Before escalators and elevators, stairs were distinctive design elements which architects and engineers had fun with. In today’s world, staircases have become focal points which add to a building’s aesthetics. The following are considered as 10 of the grandest stairs in the world.

Barneys New York is an iconic clothing store brand that opened its doors to the public in 2016. It is famous for its glamorous white marble spaces and its amazing staircase which is acknowledged as one of the most beautiful staircases in the world. The stairs are more of a runway for shoppers to see and take photos. The massive flagship store with over 58,000 sq.ft. has no escalators, just stairs!

The 16th Avenue Tiles Steps consist of 163 steps embellished with over 2,000 tiles where some three hundred workers have toiled and worked hard to create. This is the world’s biggest mosaic staircase. Tourists can visit anytime between 9:00 am to 7:00 pm.

The Vertigo Staircase was built in the year 1898 by the prestigious architect George McRae. The staircase was influenced by the elaborate Romanesque architecture and was created when Australia was under a massive recession. As a monument to the British monarchy, work became available to many stone masons, stained glass designers, and plasterers.

The Tulip Stairs can be found at the Queen’s House in Greenwich. It was created in the 17th century and is the first ever self-supporting geometric spiral stairs in Britain.

Lello Bookshop is one of the oldest bookstores in Portugal. The bookstore offers a red staircase that has become very popular worldwide. When viewing from the top, the staircase looks like two streams of water flowing to the centre.

Built between 1707-1763, the Palazzo Biscari shows very ornate decoration in the rococo design style and is home to the best collection of paintings, coins, vases, and other antique items. It is likewise home to the rococo-inspired flight of stairs which is unparalleled beauty in the whole of Sicily.

Grand Staircase at the Museum of Islamic Art – Doha, Qatar

A total of 4,500 art pieces can be found at the Museum of Islamic Art in Doha, Qatar. The central staircase is a prominent feature and creates an illusion of an upside-down flight of stairs.

The Wulin Plaza is popular not only for its architectural beauty but also for its grand piano staircase that creates music when people set foot on the steps. There are 54 steps installed next to the escalator to encourage people to step on them and make music when they do.

The Sprinkenhof in Hamburg made it to the UNESCO World Heritage list owing to its amazing expressionistic style. This is the world’s most photographed staircase and is an excellent location for photo shoots. The edifice was created in the 1920s. 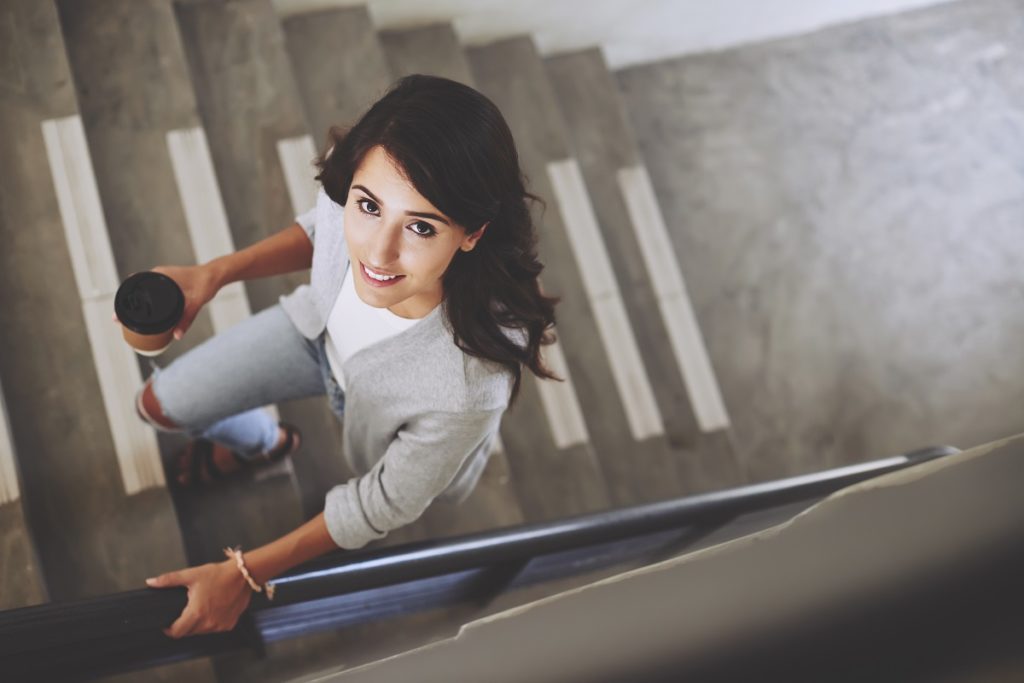 Spain is home to the most exquisite and unique architecture that the world loves and adores. The La Muralla Roja stands tall in the rocky cliffs of Calpe. It seems like an impossible structure that features some fifty apartments of Spanish-Mediterranean architecture. The staircase here zig-zags and looks like a puzzle.