Every year, the Supreme Court of the United States reviews more than 7,000 cases. If your case is one of them, then you will have to go to court. Going to court can be a stressful experience, especially if it’s your first time. You may become confused as to who does what – this confusion can further add to the pressure that you’re feeling. The good news is that there are a number of terms, rules, and procedures that are in place, and knowing them can help you put your mind at ease.

The judge is perhaps the most powerful person in the courtroom. They preside over the proceedings and make sure that order is maintained from the bench at the very front. In a jury trial, judges give the jury instructions about the laws that apply to the trial, and in bench trials – cases that are tried in front of a judge, with no jury – they are the ones who will decide who wins the case. Judges also determine whether the evidence is usable, and are likewise the ones who sentence criminal defendants.

A jury is typically a group of 12 randomly-selected and carefully screened people from the community. The group is seated in a separate area near the judge on one side of the courtroom. In a jury trial, jurors decide the facts of the case, applying the law in order to reach a verdict.

These people are the ones who are directly involved in the lawsuit. They can either be plaintiffs (the ones who are suing) or defendants (the ones being sued). The parties may be present with their respective lawyers during the trial.

Witnesses are the ones who give testimony on the facts of the case. During their testimony, the judge will ask them to take the witness stand and testify. Since they are often asked to testify by one party or another, they can be referred to as plaintiff’s witnesses, defense witnesses, or government witnesses. 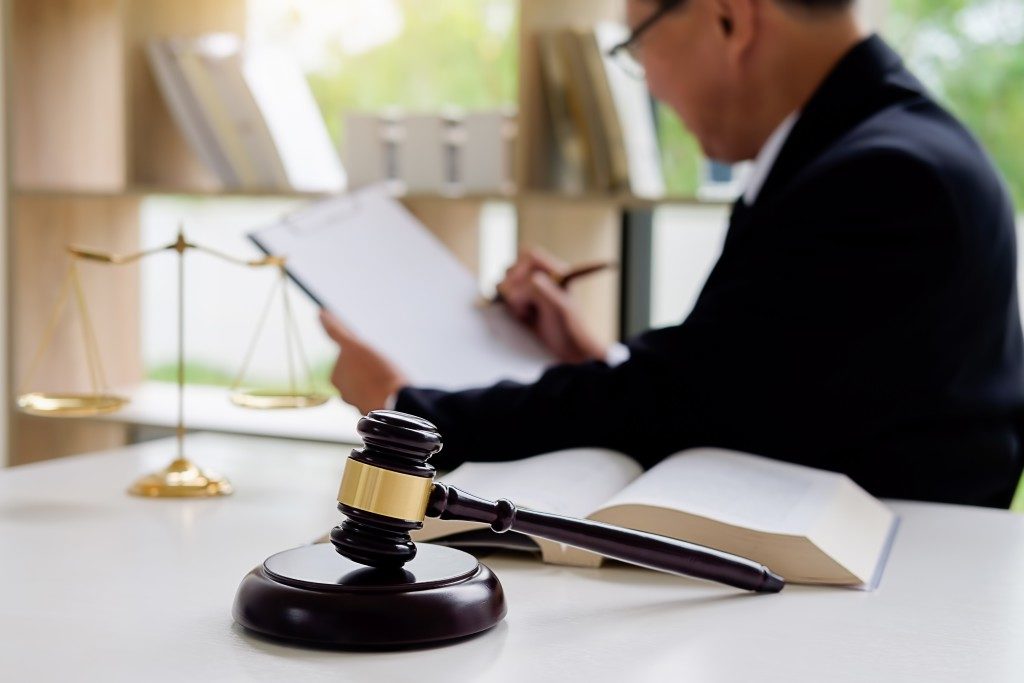 Lawyers are either at the counsel tables with the party that they’re representing or speaking to the judge, the jury, or a witness. The task of each lawyer is to unveil the facts that present their client in a favorable light, all through legal means.

Court reporters are positioned near the witness stand. Using a stenographic machine, they record everything that is said during the trial. The resulting recording then becomes the trial’s official record. Additionally, if a party requests for a transcript or appeals the case, court reporters are responsible for producing the written transcript.

Also called the courtroom deputy, the courtroom clerk is usually near the judge. They help keep the trial running smoothly by taking care of exhibits and records, administering oaths to witnesses, keeping the minutes of the proceedings, and preparing judgment and verdict forms, among others.

There may be other people in the court, such as the spectators who are watching the trial, but the ones listed in this article are the ones who are almost always present during a trial. Knowing who they are and what they do can help you become more comfortable in such an intimidating new environment.