The noble hops dominate the conversation (and the markets) when it comes to German hops. However, Germany has produced newer hop varieties that are more flavorful, more interesting, and even more nutritious than traditional noble hops.

Released in 2012, Mandarina Bavaria is one of the newer hops in Germany. The hop still retains remnants of being noble, retaining a bit of the spicy and herbal aromas closely associated with noble hops. However, with strands of the USA’s Cascade in its DNA, Mandarina Bavaria has more of the American fruitiness in its flavor and aroma. Its fruity and citrusy flavors of strawberry, gooseberry, black currant, lemon, lime, and tangerine more closely resemble American hops than Germany’s noble varieties.

Opal started appearing in German breweries around 2004. The hop has noble ancestry, retaining the intense flavors and aromas of peppery spice. Aside from its spice base, Opal produces sweet tones of fruit and citrus. You can say that it has sugar, spice, and a nice amount of fruitiness. Opal is a dual-purpose hop and is excellent for bittering. Freshly dried hops can produce a slight garlic-like aroma, so you might want to purchase older stock or keep them in storage for a few weeks to get rid of the garlic.

Another newcomer in 2012, Polaris retains very few traces of its noble origins — if it even has one. Polaris hops evoke strong fruity and citrus notes with a refreshing dash of mint. Younger American beer drinkers used to fruity brews will appreciate Polaris’ blend of intense fruitiness and menthol-like aromas. While Polaris is excellent as a bittering and aromatics, you may need to use a stronger flavoring hop to satisfy your more demanding clients.

Released at around the same time as Opal, Saphir hops (or Sapphire) retain the noble hop characteristics of spiciness and hoppiness but dial it down a bit. It is widely used as an aroma hop, imparting mild notes of spice, berries, and a hint of citrus. However, you can still use Saphir on its own for less bitter brews that allow its flavors to be highlighted like German lagers, pilsners, and saisons. Saphir is one of the harder-to-find German hop varieties, but you can probably find some in pellet form online. 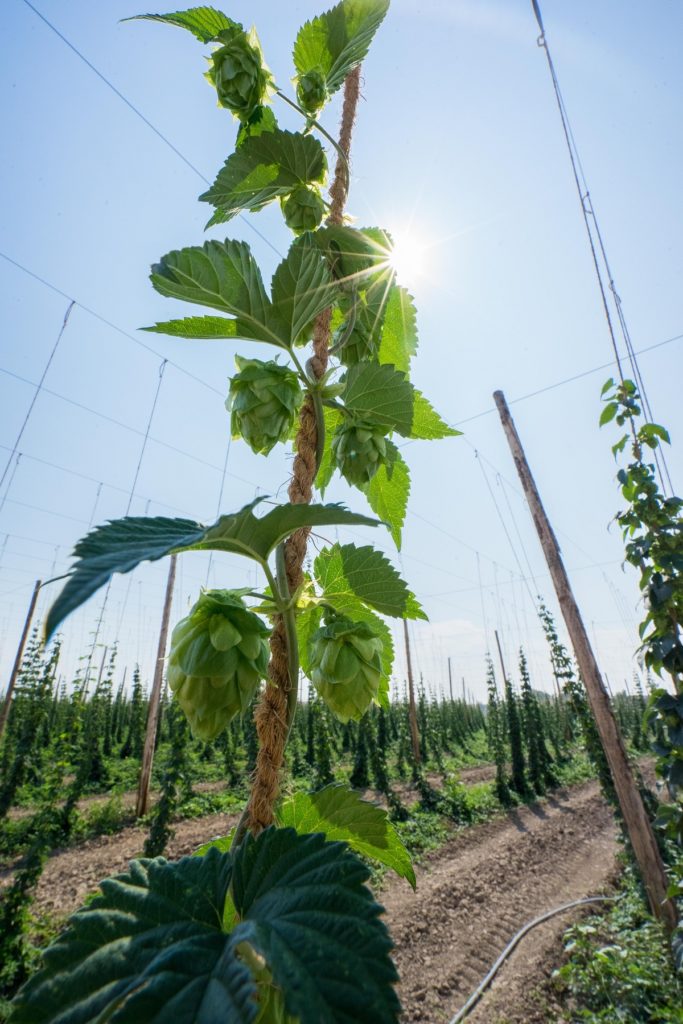 The oldest hop on the list is also one of the most interesting and probably the most nutritious. Taurus was released in the mid-1990s, and its strange array of flavors and its high levels of xanthohumol made it one of the unique hops in the market. Taurus produced earthy tones with flavors and aromas of bananas, chocolate, spice, and curry. It also had the highest amount of xanthohumol of all the hop varieties. Xanthohumol is a strong antioxidant with almost 200 times the potency of antioxidants found in wine. In lab tests in Oregon, it was proven to be effective in lowering cholesterol and blood sugar.

Noble hops will always have a special place in the brewing community, but Germany’s new hops are blazing their own trail and slowly gaining recognition.