Few things compare to the art and inventiveness that go into creating skyscrapers. These tall gleaming sentinels that comprise the skylines of big cities of the world invite people to gaze upward as they walk the streets or drive by them.

The word “skyscraper” often carries an association of pride, achievement and wealth. In fact, American architect Scott Johnson tracked the locations of skyscrapers around the world and found that a majority of them are in prosperous cities, from the World Trade Center in New York to Burj Khalifa in Dubai.

How did these tall buildings become testaments to a nation’s growth and prosperity?

Although tall buildings have dominated history, from the Great Pyramid of Giza in Ancient Egypt to Ditherington Flax Mill in England, the first skyscraper was built in the late 19th century. Tall commercial buildings emerged as a result of growth after the Civil War, the financial organization of American businesses, and the shortage of land for building.

Architectural and engineering innovations also made it possible to construct buildings over 10 floors. In 1857, the invention of the safety elevator allowed the safe and convenient transfer of passengers from one floor to another. Contractors also used steel frames instead of brick or stone, making the structure more durable. Other key elements used in early skyscrapers are still utilized by today’s buildings—among these, electrical wiring and fireproofing.

In the 19th century, New York City and Chicago engaged in a competition for building the world’s tallest building. New York won in 1895 after the completion of the American Surety Building, which stood at 338 feet. 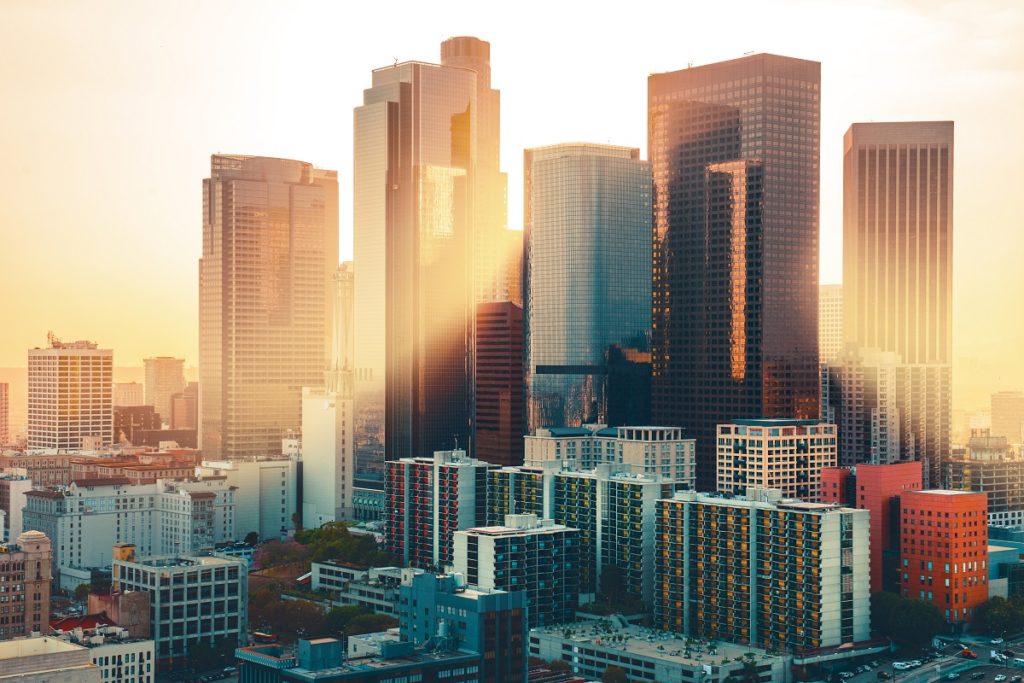 Skyscrapers began to emerge around the world in the mid-20th century—Parque Central Complex in Venezuela, the Seven Sisters in Russia, and the Petronas Towers in Malaysia. Skyscraper projects after the Second World War took on an architectural style called the International Style. Instead of just steel, architects experimented with materials such as glass and polished stone.

It was in the early 1960s when skyscrapers used tubular designs. Introduced by structural engineer Fazlur Rahman Khan, the building simulates a thin-walled tube using the exterior wall perimeter structure. This provided greater economic efficiency and allowed buildings to take on various shapes.

The Skyscrapers of the 21st Century

The current era of skyscrapers focuses on sustainability on the built and natural environments surrounding the building. There is a higher demand for the minimal use of natural resources, conservation of energy, and a holistically integrated business approach. Certifications such as the Leadership in Energy and Environmental Design provide a structure in creating healthy, efficient, and green structures.

There is also a demand to create ethical and safe construction practices. National and international standards require equipment tests such as pull testing to ensure that construction machines and equipment are safe to use on the site. Construction companies are required to comply with occupational safety standards to minimize hazards on the worksite.

Skyscrapers are proof of a nation’s development throughout history. These tall structures have withstood the test of time thanks to various improvements in design and construction. As architecture, engineering, culture, and technology continue to develop, these skyscrapers will continue to catch the attention of anyone passing by.