Many building and house repairs are more feasible to DIY nowadays, as long as you have the right products and follow the instructions. Because of this development, it can seem simple to do activities such as putting on a roof. Simpler doesn’t mean easy, however, certain errors can cost you the hard-earned funds that you’ve tried to save.

Here are four common metal roofing mistakes you should know to help you avoid such costly repairs, especially when you’re trying to the project on your own.

One thing is causing many metal roof problems and that is fastening it in the wrong way. Sure, you may have the best Type 17 timber screws, but it won’t matter if you don’t put them on properly. Putting them on too tightly or too loosely can result in leaks and warping. The wrong angle and position of fasteners can also make it hard to drive them in and seal the washers properly. This can also lead to leaks and a faster breakdown.

Another mistake is not checking and double-checking the measurements of the panels you need for the roof. They must fit perfectly, otherwise, you’ll run into various problems, including moisture seeping in through the roof and rusting. It’s also always a good idea to check the deck before you do any installation. Are there any weak spots or parts where water has gotten in? If so, then you’d have to fix or replace those areas first.

Since you’ll be putting in the roof panels piece by piece, it only follows that there will be gaps you need to fill in. For this, there is a material called flashing that prevents moisture from leaking in. Some people, however, don’t fit and seal the flashing properly, making it useless and allowing water to seep into the roof, eventually destroying it. In some particularly bad cases, it’s also possible to lose the roof altogether in a bout of bad weather. 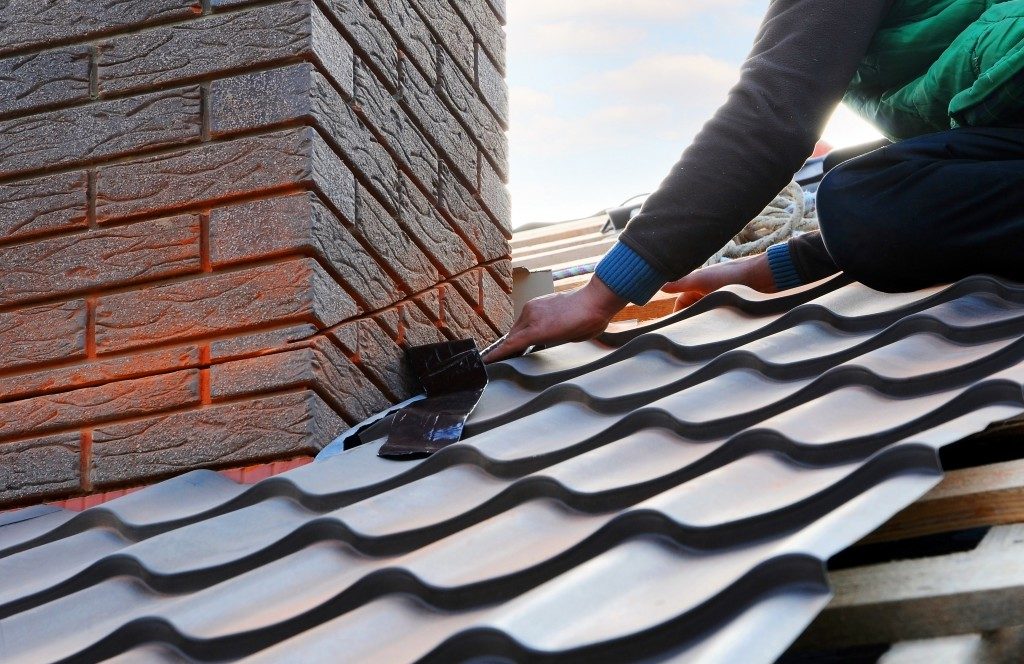 You might think a scratch or a small dent won’t make too much of a difference on the panels you’re installing. Unfortunately, that’s not the case. It exposes metal roofs to moisture when they’re damaged, especially when said damage reaches its innermost part. That means it will rust a lot faster, requiring you to repair or replace them sooner than you expect. You can cover up shallow scratches but panels with deeper cuts should be replaced with new ones.

The roof is one of the most important parts of a building or a house. It’s what protects the people, the various items in the structure, as well as the structure itself. That’s why you should take extra care when you’re installing one on your own. Failing here can cost you your money, effort, time, and, at worst, your structure. It’s best to do things right the first time than have to do it all over again when it falls apart. You may also consider working with professional installers to finish the tasks correctly.