One key element of all residential and commercial spaces is a sewer line. Nothing would bring as much discomfort into your interiors as a blocked sewer that causes the back up of wastewater. To this end, most people will invest in all chemicals available on store shelves for the unblocking of drains.

Unfortunately, these chemicals will over time, corrode your sewer’s lining and cause sewage leaks.

When people invest in sewer line repair in Indianapolis, they assume this will naturally mean the replacement of a section of their sewer line.

Though replacement is the best solution in some cases, an honest plumber will aim to avoid an expensive replacement of the sewer line and only recommend it when necessary. In most cases, he/she will recommend relining the pipe instead to restore its integrity.

The following are the techniques of pipe relining used in plumbing nowadays.

This method is used for pipes that have suffered considerable damage. During the repair process, the plumber will access the pipe through 4-foot access pits on either end of your sewer. A bursting head is then placed at the access point, and hydraulic power used to drag this head through the pipe.

While moving in your sewer, it breaks up the old pipe and replaces it with a new seamless one. In most cases, the replacement pipe is plastic and will last for ages without risk of root intrusion.

This option suffices for times when you notice a leak in the area around your soil where the sewer line runs signifying the pipe has not been significantly compromised. The sewer will first be drained, and a thick epoxy coating applied around its insides using a machine.

Pipe coating efficiently and permanently seals the cracks in your sewer.

This marks the most common technique of trenchless sewer repair. The process starts with the cleaning of your pipe’s interiors and its drying then the application of pipe lining to the damaged section. Finally, jets with hot streams are used to cure the lining in place.

The new lining will mold into the cracks and leaking sections of your pipe efficiently leaving you with a pipe working like a new one. 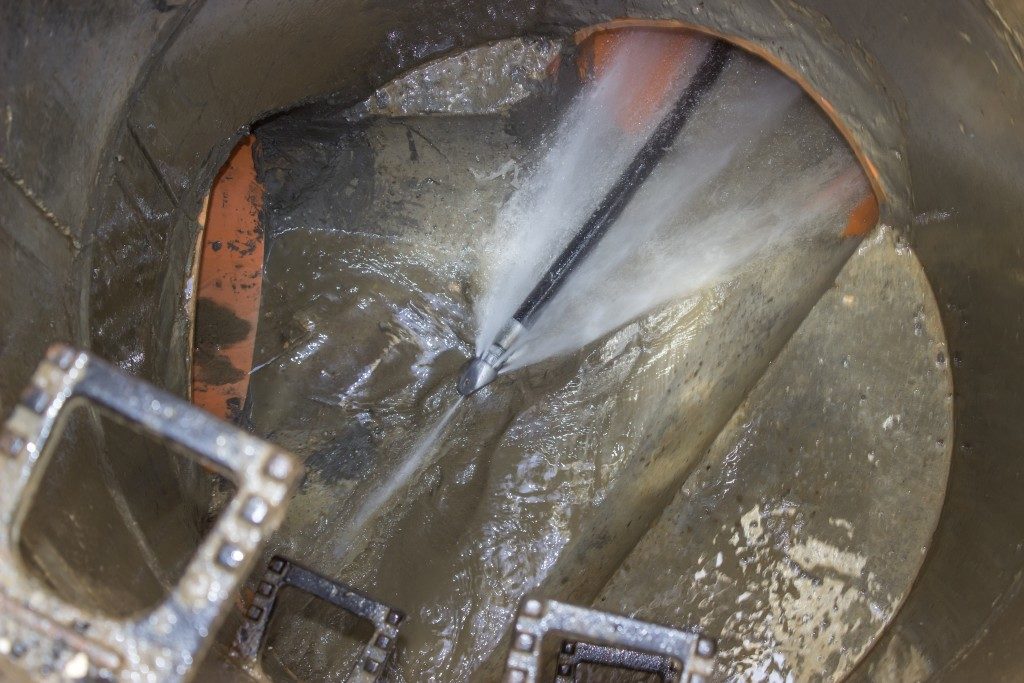 This is used for somewhat large cracks. In this option, steam is used to fix the relining material in place, much like in cured-in-place relining. An epoxy-saturated lining material will be pulled into your pipe from an access point at one end to another location on the opposite end.

Air is used to keep the sleeve open and hold it against the walls of your sewer’s pipe until the epoxy is completely dry.

The above methods of relining are, fortunately, all trenchless. To this end, you need not worry about debris after the relining of your pipe or the reconstruction of your outdoor areas. They are thus your most inexpensive choice or the repair of leaking sewers.

You might opt for DIY measures like store-bought epoxies for a leaking drain. The lining nonetheless continues corroding with this seemingly inexpensive choice. In the end, the costs of sewer repair will be far higher than they would have been with prompt repair.