Most people fear snakes, but there are others who keep them as pets or use them for medicine. Some cultures, meanwhile, revere them as high beings in a religious context. Aside from their slithering nature, most people are afraid of their bite, which often packs a venomous and deadly punch, even though some species are not venomous.

East Stroudsburg in Pennsylvania has had its share of snake sightings, most commonl of which are variants of rattlesnakes. According to the Pennsylvania Fish and Boat Commission, around two to three snakebites are recorded in the state annually. You may be wondering, what are the chances of dying from a venomous snakebite?

Thankfully, your chances of dying from snakebites are virtually zero, thanks to easy access to medical care and anti-venom around America. Based on data from the University of Florida – Department of Wildlife Ecology and Conservation, less than one in around 37,000 people are bitten in the U.S. and about five to six fatalities from venomous bites are recorded each year. You are also more likely to die from a dog bite, lightning strike, or a vehicular accident compared to a snakebite.

Make yourself aware of the common places you can find snakes. These include logs, walls, house foundations, and ledges. It is best that you walk around these hiding places rather than step on them because snakes could be laying and waiting for prey.

Most rattlesnakes, when threatened, make a rattle noise. Some, however, do not, particularly the timber rattlesnake. It’s best to pass another route if you see one. Capturing the snake or killing without a permit is not allowed in Pennsylvania, as it is a protected species in the state. 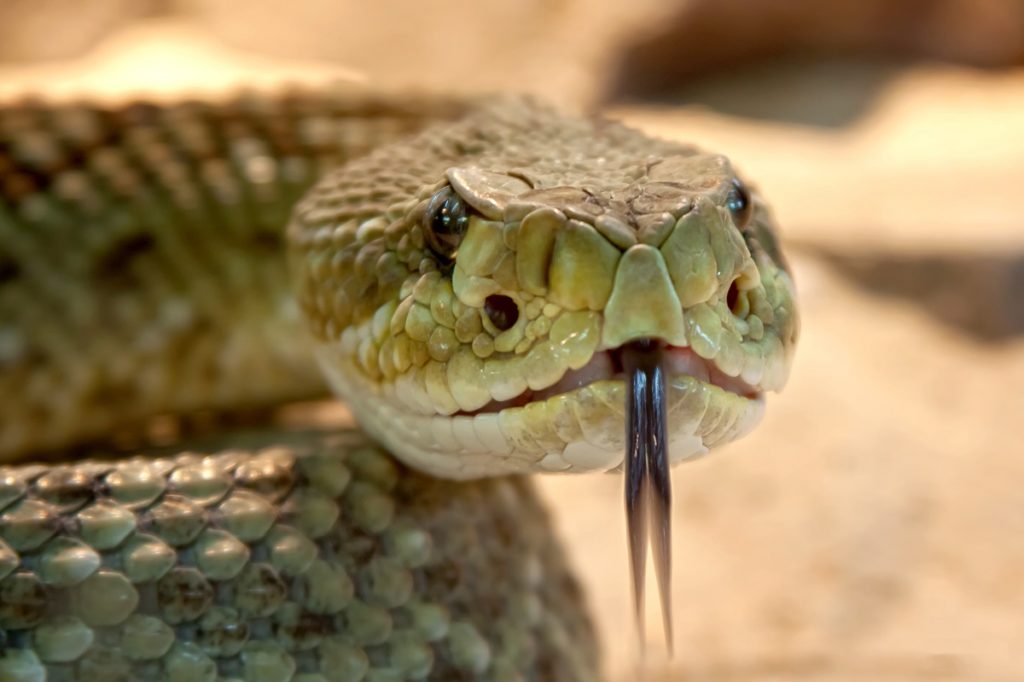 If a strike from a venomous snake does happen to you, call the local emergency number or 911. While waiting for medical attention, move away from where you were bitten and remove accessories or tight clothing near the bite. Remember the color pattern of the snake to describe to medical staff and doctors. Also, make sure not to do the following things:

It is also good to remember that snakes only bite when they feel threatened, for example, when you are walking along their habitats. These are animals acting on instinct, after all. Here are some last-minute tips to keep in mind to avoid getting bitten during your trip: