On April 1st, 2020, Sprint finally ended its 33-year run as one of the most tenacious underdogs in America’s telecom industry. But far from a Cinderella story, Sprint’s end wasn’t a championship win, but a quiet merger with one of its fiercest competitors, T-Mobile.

It was a subtle end to one of the country’s most beloved telcos, and while it’s easy to wax poetic, it’s hard to not see this final chapter of Sprint as an inevitable end to a struggling company, one that had its finger on the pulse of its customers that allowed them to be one of the most innovative telecoms company the country has ever seen.

April Fool’s came and went with T-Mobile fully absorbing Sprint, wasting no time in leveraging Sprint’s extensive spectrum holdings for their own business processes. Part and parcel of any takeover, many former Sprint users were still taken aback at the speed of the rebranding, with the Sprint brand formally discontinued just four short months later.

Far from falling into bottomless-pits of business mistakes, Sprint was more a victim of aggressive corporate takeovers, one that was backed by the American government.

The end of Sprint came and went during the pandemic, which meant that many people who weren’t in the know came out of quarantine with one of the most recognizable telco brands in America missing from the cultural zeitgeist.

In this article, we finally grieve the passing of Sprint by remembering fondly the business that powered the millennial generation through high school and beyond.

Sprint started life in the small rural town of Abilene, Kansas as the Brown Telephone Company, way back in 1899. The telephone company was responsible for keeping the Kansas countryside connected to one another, and to act as an alternative to the Bell Telephone Company.

As well known as it is (or rather, was), Sprint’s name actually has some unusual origins. See, back in 1970, the Southern Pacific Communications Company, or SPCC, was formed and offered public and corporate access to a private switched network.  By the mid-70s, SPCC sorely needed a rebranding, with the company holding a contest for a new name. The winning entry? The Southern Pacific Railroad Internal Networking Telephony, or better known by its acronym, Sprint.

As the ’80s rolled around, Sprint had over 200,000 customers and was responsible for handling and connecting over 60,000 long-distance calls a day, and it did so at rates up to 50% lower than AT&T, easily making it one of the most popular networks in the Midwest (and subsequently, the country). The GTE corporation eventually purchased Sprint in 1983, and with its merger with the United Telecommunications Company in late 1986, finally gave form and function to Sprint as we knew it for 3 decades, giving it a competitive advantage over its competitors.

While it had a sizable stake in the wired telecommunications industry, Sprint saw the change of wind in communications tech and decided to invest in wireless communications in 1993. Sprint acquired Chicago-based cellular company Centel for a whopping $3 billion common stock in Sprint.

At the time, Centel was the 10th largest cellular company in the United States, operating in over 20 states and providing hundreds of thousands of customers with wireless communications. By 1996, Centel again spun off into an independent provider as Sprint focused on its then-emerging cellular service, Sprint Spectrum PCS. This became the first PCS network in America, launching its service in the Baltimore-Washington Area in November of 1995, to much critical and commercial success.

Sprint Prepaid in the New Millenium 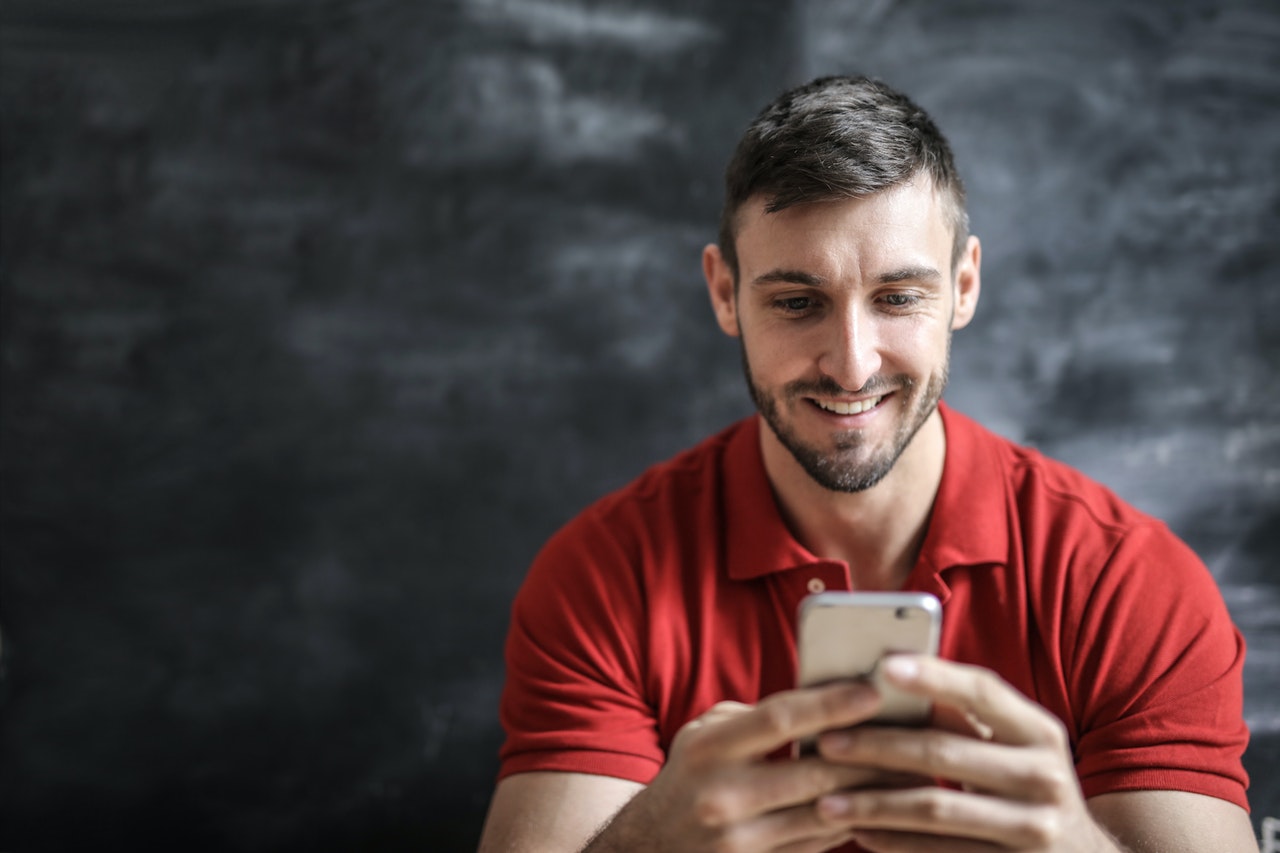 By 2001, Sprint had managed to become one of America’s largest cellular communications provider, with Sprint prepaid becoming the 4th most popular cellular prepaid service in the country. Sprint prepaid offered lower rates and better connectivity than its competitors, which, perhaps, contributed to its downfall (more on this later). But with Verizon and T-Mobile targeting corporations, it was hard for Sprint to compete.

In 2005, Nextel communications and Sprint Corporation merged, creating the Sprint-Nextel Corporation. At the time of its merger, Sprint was the 3rd largest wireless provider in the country, with Nextel trailing behind at 5th. The merger was seen by Sprint leadership as a way to double its user base by incorporating Nextel’s current customers into Sprint.

However, technical hurdles prevented this from happening: Sprint and Nextel’s infrastructure were incompatible, with Sprint running its handsets on the CDMA standard, while Nextel used Motorola’s iDEN wireless tech.

Over the next eight years, Sprint tried to integrate Nextel’s cellular infrastructure into its own. Wary of Nextel’s loyal customers’emotions, it created various prepaid brands that ran on iDEN. But by 2013, Sprint had to phase out those services, repurposing Nextel’s old infrastructure to support Sprint’s LTE services. By June of 2013, Nextel’s network was completely decommissioned.

With this huge blow to their cellular network, Sprint struggled to hold its place in third, with market leaders AT&T and Verizon far and away in terms of coverage and profit. It didn’t help that T-Mobile was gaining ground, breathing down Sprint’s neck and aggressively taking over markets that Sprint had abandoned.

By 2013, Japanese telco giant SoftBank bought 78% of Sprint-Nextel, renaming it back to the Sprint Corporation, and intended to bring the struggling underdog back into the top. Ironically, their plan was to merge Sprint with T-Mobile, with the foreign company offering T-Mobile a $32 billion offer in 2014.

This would have left T-Mobile owners, Deutsche Telekom, with a minority share of only 15-20% of the merged companies. However, the plans were abandoned after U.S. authorities attempted to block the deal, citing anti-monopoly laws.

Although it was a huge setback, SoftBank had given Sprint a new lease on life, arming it with a power combo of wireless spectrums, from its ex-iDEN 800MHz, its current PCS 1900MHz network, and its ex-WiMAX 2500MHz. But even with all these frequencies, Sprint continued to lose ground against T-Mobile, then-lead by notoriously flamboyant John Legere who spent a lot of time rebranding T-Mobile as the ‘cool kid’ of the American telcos, a position previously occupied by Sprint.

By 2016-2017, talks of a Sprint/T-Mobile merger resurfaced again, only this time, T-Mobile will be running the show, putting the future of Sprint into question.

By April of 2018, Sprint and T-Mobile had entered a definitive, no-backing-out, for-realsies-this-time, all-stock transaction merger. The heads of both companies sought to create a merged company that would see T-Mobile’s parent company, Deutsch Telekom, owning a controlling 41.7%, with SoftBank seeing a minority share of 27.4%, and with the remaining 30.9% in free float for the public.

It was a reversal of fortune that divided shareholders. This time, T-Mobile had the full backing, and eventual approval, of the United States Committee on foreign investment, the Department of Defense, and the Department of Homeland Security, with the Department of Justice approving the merger by July of 2019.

With Uncle Sam fully backing T-Mobile, it was clear: Sprint has been vanquished, and this time, for good. The deal was completed on April 1 of 2020, and by August, Sprint was no more. By January of 2020, in fact, T-Mobile and Sprint were already churning out guides on either how to cancel Sprint service or encourage people to stay on and be transitioned to the T-Mobile family.

It was a drawn-out takeover that, some people claim, reeked of John Legere’s revenge. Whatever it was, it ended almost a century of Sprint’s innovative spirit, trailblazing wireless communications in the country and creating a carrier that was customer-centric long before the digital era.

Sprint was well-known for having competitive prices for its customers, but it was its employees that had the fondest memories of the corporation. Many former employees would report on their Sprint careers as being one of the best memories they’ve had: it came to a point where Sprint careers became synonymous with high-pay, enjoyable work that couldn’t be beaten by the stiff suits over at Verizon and AT&T.

In fact, during its hey-day, Sprint offered extremely generous stock options and bonuses to its workers that many of its 20,000-strong employees made a years-worth of their salary in a single paycheck. There were rumors that the Sprint workforce was so well-paid, even the CEO’s secretary had their own secretary. They had rich pension plans, company-sponsored PGA tourneys, and even a private, 108-seater corporate jet to take employees from Kansas City to Washington, D.C.

It will take some time to see if T-Mobile’s aggressive corporate attitude meshes well with Sprint’s customer/employee-centric model, and whether the two cultures can play nice to provide America with an efficient and affordable telecommunications service that can rival Verizon and AT&T.

But for now, pour one out for Sprint: we’ll miss you and the Sprint guy.