A single termite may appear harmless. Sometimes it looks like a regular insect that homeowners often ignore it—big mistake. It won’t take long for these insects to build a colony, and before one knows it, they have already conquered the entire house.

The damage can be significant. Estimates suggest that the destruction to crops and homes that termites and their fellow bugs make cost over $30 billion in the United States alone. A homeowner, meanwhile, may end up spending at least $2,000 to repair the damage.

If that isn’t enough, once the termites start infesting the property, they are hard to get rid of, even by professionals. They may still be some of them left, and they can breed again to rebuild their colony.

The question is, how do they end up inside the house in the first place, and why is it necessary to pay attention to the roof and the windows?

How Termites Choose and Enter a Home

Contrary to popular belief, a house isn’t a termite’s natural habitat. It still belongs to the wild, building a colony in a stump of wood, for example. But like other insects, it has basic needs to survive. These include warmth, moisture, and food in the form of cellulose, which is abundant in wood.

Termites can enter the property in many ways, depending on the type and opportunity of access. Subterranean termites are underground pests. They cannot expose themselves to open air to retain the moisture in their surroundings.

Thus, they create mud tubes as they find their way inside a property. They may enter a house through a soil-to-wood contact. But sometimes, a crack in the wall or a gap in the crawlspace may be enough.

The drywood termites, though, do not have any contact with the soil. Instead, homeowners may know they are already in the house when they see swarmers. Now, what are swarmers?

To create a colony, the mature king and queen need to mate. The latter can produce between hundreds to thousands of eggs at any given day, but when they grow older, they can play different roles. Some may end up becoming soldiers, while others transform into workers. Then there are eggs that develop into immature kings and queens whose responsibility is to reproduce.

At some point, these royalties will become alates, which means they have already reached the adult stage and are more likely ready to leave the colony to start their own. To do that, though, they engage in an activity called swarming. Using their wings, they fly in search of food, and so they can end up inside a house.

The peak of swarming depends on the species. For the drywood termites, that will be late summer to early fall when the temperature is warm and humidity is high. However, since most need moisture, they may do during an overcast sky or after a rainy day.

Swarmers themselves do not eat wood or bite, but they can be a sign that worker termites are in the house and that the homeowner may be dealing with an infestation. 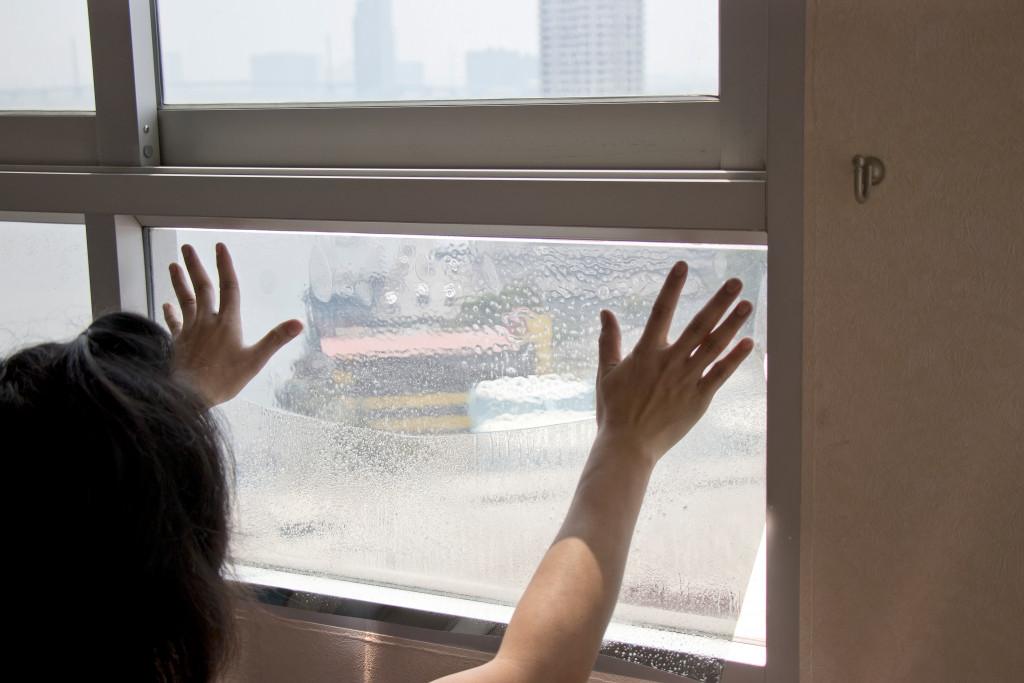 Why You Should Check the Windows and Doors

Many specialists already establish that termites can enter the house via the cracks and gaps on the wall, the basement, and the crawlspace. However, they can also get in via the windowsill. In fact, this is one of the best places to catch a swarmer, which may want to go out of the property to build a colony elsewhere.

It is not uncommon for termites to pass through the roof, but they can congregate in the attic and the ceiling. They may also breed fast if they have easy access to moisture like the snowmelt.

Although these pests cannot damage the roof directly, they can weaken its foundation. To know if this area needs repair, homeowners can call a roof-cleaning company to get rid of debris and sources of moisture and look into the effect of the termite infestation.

Note that these professionals likely don’t have the capability or the training to get rid of termites. However, they can discuss ways to further protect the roofing and work closely with the pest control team.

Termites often do not carry diseases, but they can trigger allergic reactions or increase the risk of asthma attacks. Most of all, they can damage a house that, when left untreated, can become unsuitable for living. Imagine the thousands of dollars gone to waste. Once spotted, get professional help. When in doubt, do the same thing anyway.