While some concerns can be fixed by a regular Joe with handyman skills, some other more serious concerns require the help of a professional. It will be best to call someone with the right know-how and extensive experience — the plumbing expert. However, despite their knowledge and experience, a plumber is only as good as the weapons they have in their arsenal, or in this case, their toolbox and utility belt.

11 Tools Every Plumber Should Have

Also known as drain augers, snakes are coiled metal cables that are inserted into drains and force-rotated through pipes to unclog them. These are typically used when plungers don’t do the trick.

While there are a variety of wrenches that can be used by plumbers, the most common wrench in a plumber’s toolbox is the dependable adjustable pipe wrench, especially when the job involves galvanized steel or iron pipes.

Like wrenches, there are several useful pliers that plumbers can use. Among the different variations, the channel-type pliers, also known as channel locks, are commonly used by most professionals since they are versatile.

Saws and pipe cutters are used to cut through different types of hoses, pipes, and tubes. There are several types of cutters and saws available.

A heavy-duty pipe cutter is handy when it comes to major on-site projects or special workshops. It is recommended you get one that works for you best.

Screwdrivers are one of the most important tools everyone should invest in. These are important for installing and removing fixtures and appliances hooked up to any water system.

Having a stock of replacement o-rings and washers is handy especially when dealing with simple jobs such as pipe leaks and faucet drips. 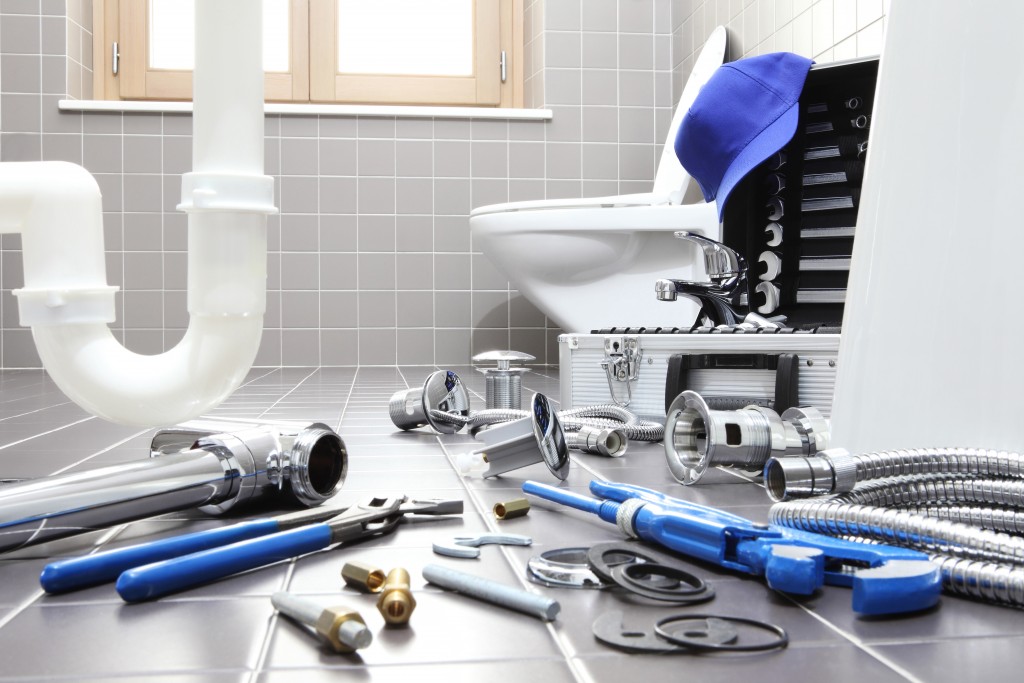 A pipe bender, well, bends pipes into the same shape as the pipes you are replacing. It is also handy for bending pipes around corners.

This propane-fueled small torch is used to melt solder when putting copper pipes together.

While this is not an extensive list of all plumbing tools, having these in your toolbox is a good enough start to help any plumber — or would-be plumber — face and conquer each battle with the household water system.