It’s not enough to teach your children good dental care habits. It’s equally important to guard them against bad routines. Unfortunately, a lot of those bad routines are stuff kids do every day. Parents are often oblivious to it. Beware of the things your children may be doing habitually, which put their oral health at risk.

That is, in the middle of the night. Milk is good for your growing children. High in calcium, it strengthens bones and teeth. But there’s a right time for drinking it, and it’s not when they’re about to fall asleep.

According to a pediatric dentist in Riverton, kids will be more susceptible to tooth decay with this kind of feeding habit, precisely because the sugar from the milk stays on the teeth for a long time. Imagine, all night. There’s also decreased saliva flow during this time, which means there’s nothing to neutralize acids from the mix of milk and bacteria.

If you can get your toddler to brush their teeth after feeding, then, by all means, give them the milk. But you’ll surely have a hard time doing that when their eyes are already falling and their bodies slowly sinking into the bed. A better approach is to fill them up just before bedtime.

It’s okay for little kids to do a little thumb-sucking, but for bigger boys and girls, it may be a problem. When your children reach the age of 4 to 6, the permanent teeth start to erupt. When they haven’t weaned off the thumb-sucking habit yet, this will cause misalignment in the teeth. It puts unnecessary pressure on the teeth, pushing the upper front forward, and requiring orthodontic work later on.

Encourage kids to stop the habit just before the permanent teeth come in. Perhaps you can have a rewards chart of some sort, wherein you place stickers on days when they were able to avoid the habit. You can also reward them, say, with an extra hour of outdoor play.

Avoid scolding or shaming them when they do give in though. They will never learn that way. Focus on positive reinforcement. 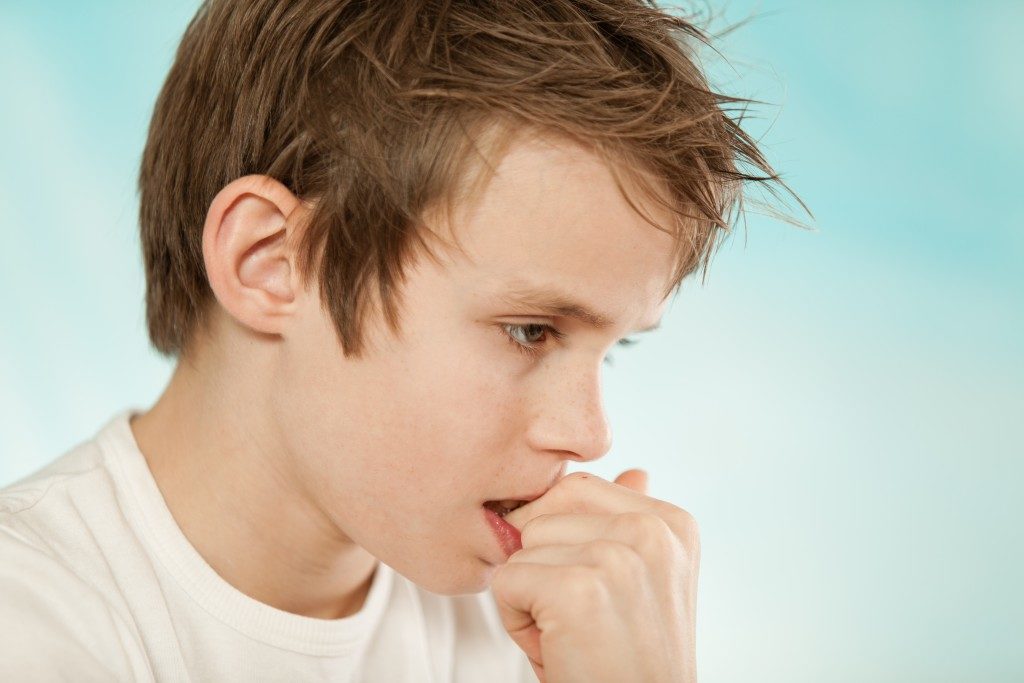 A lot of kids do this. Sometimes, out of boredom. Other times, when they’re stressed out. This simple habit does a lot of damage to oral health. For one, it can make them prone to dental injuries, like chipping or cracked tooth. The teeth are strong, yes, but they’re not designed to chew on hard objects, like nails.

Another problem here is the fact that kids’ fingers aren’t exactly the cleanest. When they put their nails in their mouths, they’re essentially introducing bacteria to it. Other doctors also believe that nail biting is a risk factor for bruxism or teeth grinding. A problem that triggers so many health problems, too. So explain to your child nail-biting dangers. Give them options for what to do when they’re bored or stressed out.

Again, you can’t just focus on good oral hygiene when dealing with kids. You also need to let them know that some of their everyday habits are bad for their health. It’s time to quit on it.