In the last century, plasterboard has become the most popular construction material. Plasterboard walls are generally used for interior division though they can also suffice for various finishes. This material is easy to install, takes up minimal floor space, and is flexible, and inexpensive.

Anchors are considered among the strongest fastener options when working with plasterboard. They are used in installations where nails, adhesives, and screws are ineffective or impractical.

These fasteners are primarily used when attaching plasterboard to hard surfaces such as concrete and hollow ones, such as ceilings, walls, and doors. Here are the anchors that might suffice for your plasterboard’s installation.

These are also known as wedge anchors. They are meant to spread out when anchored thus their name. There are three styles of expansion anchors, including partially threaded, full-bodied, and fully threaded anchors.

Expansion anchors are generally made of plastic and are thus used for lightweight items weighing 5–25 pounds at most. Though they suffice for walls and doors, expansion anchors cannot be used on ceilings since the downward pressure on them might lead to their slipping out.

These are also called self-tapping or self-drilling anchors. They are made of metal or hard nylon and will thus hold heavy items. Threaded anchors have pointed and sharp shanks that can be installed into walls using screw guns and screwdrivers with no pre-drilled holes.

When installed, threaded anchors will flare then wedge tightly on the substrate and plasterboard. Threaded anchors hold weights of 25–75 pounds but cannot be used on ceilings.

These are also called molly bolts. They are a type of metallic sleeve-type anchors that have a medium weight holding power. Moreover, their shank is installed permanently while the screw can be detached. You can thus remove then reinsert the anchor if necessary.

A pilot hole will first be drilled into your plasterboard then the anchor inserted into the hole. A sleeve-type anchor has a sharp metal tip that will piece the plasterboard’s surface. Every twist of the screw during its insertion causes its lengthwise compression and sideways expansion. 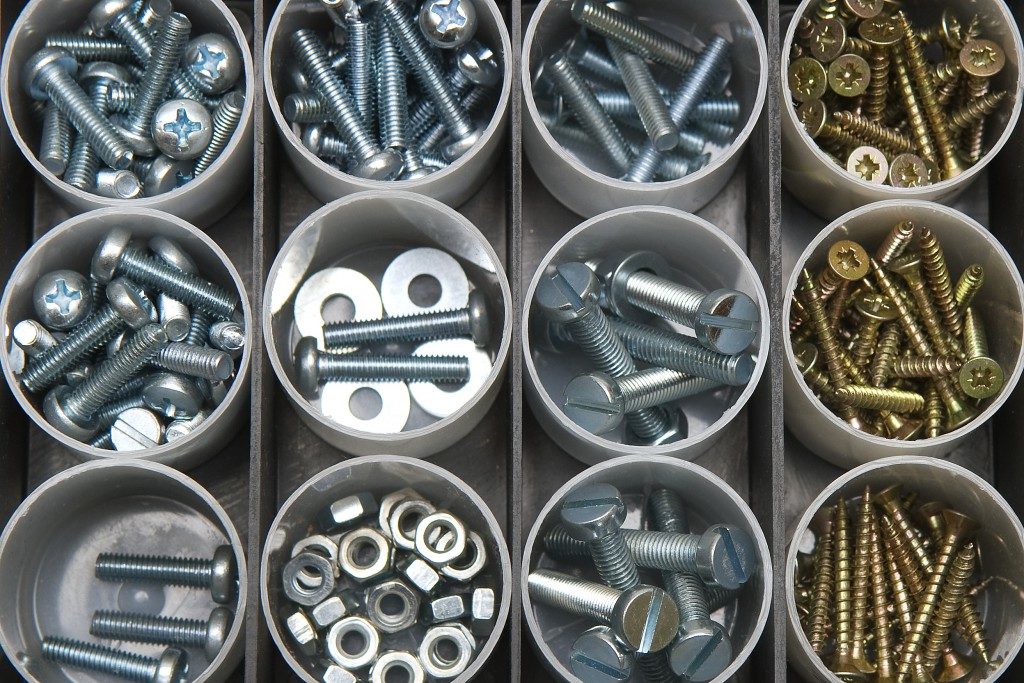 There are two types of toggle anchors, including traditional metal and winged plastic anchors. The installation of conventional metal toggle anchors requires the drilling of a hole three times wider compared with the anchor’s diameter than its twisting into the plasterboard.

Winged plastic anchors have “wings” that will fold together once inserted into pre-drilled holes. Metal toggles can hold weights of up to 300-350 pounds while plastic ones hold maximum loads of 20 pounds.