One thing you should accept early on in your engagement is the fact that your fiancé may not be as excited as you are in the nitty-gritty of wedding planning even though he’s head over heels for you or completely devoted to you. But that doesn’t mean that he loves you less. It’s a simple fact that he’s just not into detail. But while he’s not as enthusiastic as you, he can still be involved in his own little way. That should be enough. Encourage him to be on board with these easy steps:

Get his commitment right from the start

A lot of couple fights in wedding planning trace back to missed or misguided expectations. You probably assume that he’s going to take care of the wedding transportation, given that he loves classic cars and all. But he may have expected that you’re already on top of everything, including this tiny detail, so he hasn’t done anything about it. The petty argument ensues. To avoid such, lay down expectations, negotiate based on your work schedules and other responsibilities, and agree on your duties right from the beginning.

By having this talk, you’ll be able to bring him into a decision of committing to plan together. You’re able to get him involved already. As you do that sit-down discussion, set a date for weekly meetings to discuss the progress. This is where you ask each other for the status of this or that wedding detail and the next steps moving forward.

Talk about your wedding vision

When you ask your fiancé what his dream for your wedding is, there’s a good chance that he’ll be more excited about it. Draw out ideas from him. If he struggles to describe the “big picture,” maybe the tiny ideas on Pinterest can help. Go to wedding boards and let him pick stuff he likes. Discuss why he prefers this color or that table setup over the others. From this exercise, you can already make it clear what you both want, what you don’t want, and what you should avoid.

You can even make a mood board already, which will be a great help in your discussions with the wedding planner later. Start with the wedding aspects that you think he’ll be interested about. Flowers may be off the table. But stretch limos, vintage vehicles, or sports cars may very well be. If indeed you would want a wedding limo service, Miami-based event planners recommend booking at least six months before your big day to secure it early on. 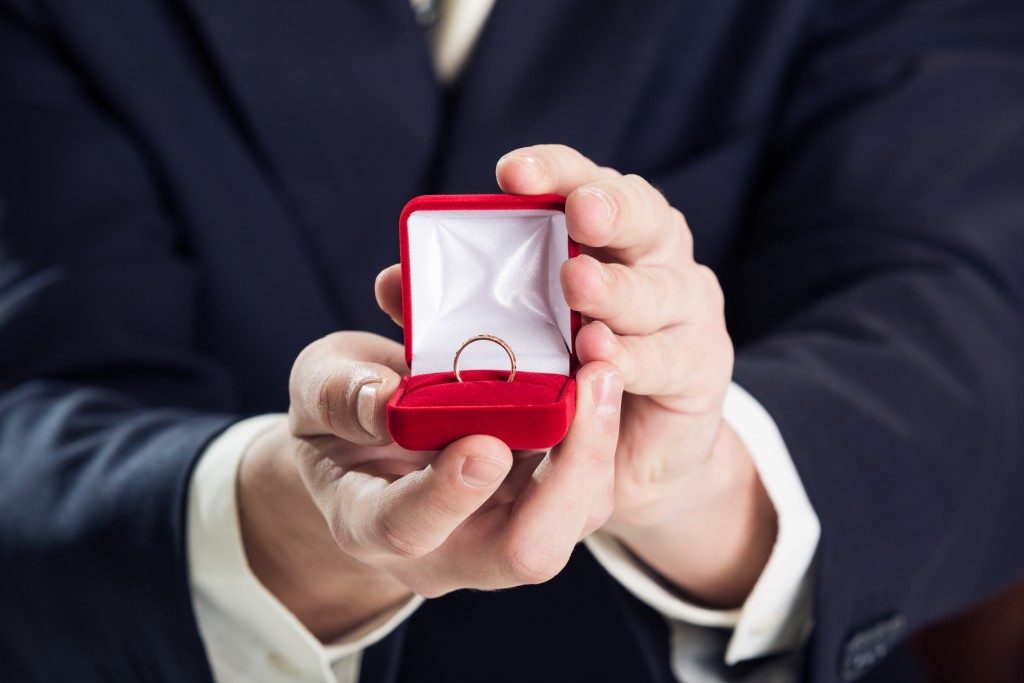 This is one of the important tasks that you should do together. Your fiancé has no way out of this. He simply needs to be involved in it. Ask him early on to block off a schedule to finalize the list. Before you agree on the “who,” though, determine the “how many” first. What’s your minimum and maximum number of guests? This will largely depend on your budget, which is another task that you should do together.

After you decide on the number, that’s when you go to the specifics. Generally, you want to identify whom to invite from the immediate family, friend circles, and work colleagues. It’s that simple. People whom you haven’t talked to in the last two years aren’t included. The same is true with distant relatives as well as the golf buddies of your dad. Talk to your dad; he’ll be alright without them at the ceremony.

Your fiancé’s enthusiasm on wedding planning might not be as intense as yours, but you can certainly get him involved in their own little way. Maybe that’s just what you need from him for now. Because at the end of the day, you have him for a lifetime.