There is no doubt that sports are beneficial for children. Not only does it get them much needed exercise and help them develop physically, but it also helps build their character. Getting into a sport competitively can teach your children the values of hard work, perseverance, and teamwork, not to mention how to have fun while doing so.

At the same time, it cannot be denied that many competitive sports come with a certain physical risk. Injuries are common among serious athletes, and they can happen to anyone participating in competitive sports.

Hence, it is important that your children are educated in the ways on how to keep themselves safe as much as they can and avoid injury. One way to do this is always to wear the proper protective equipment — such as helmets and knee pads — when training or competing.

Another piece of protective equipment that is typically undervalued but can be highly effective is the mouthguard. While primarily used in high-contact sports such as boxing and wrestling, they may also be used in highly physical sports such as basketball and football. If your child plays a sport that can lead to serious head injuries, it is best to get a mouthguard.

Here is everything you need to know about this small but significant piece of protective equipment:

What can wearing a mouthguard do? 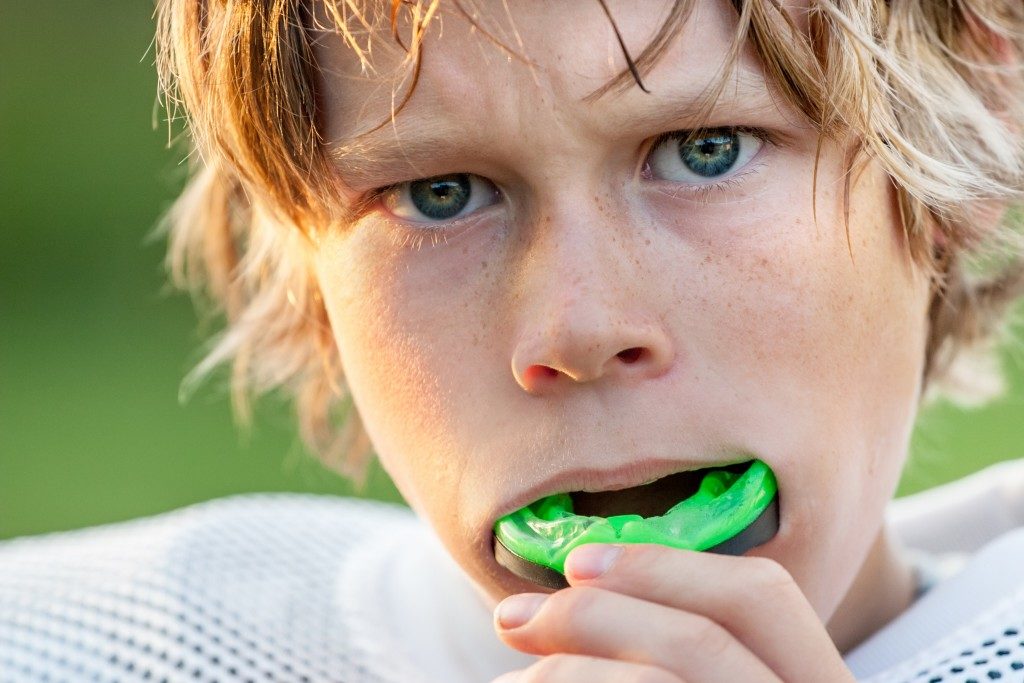 Wearing a mouthguard can help prevent or limit injuries to the mouth, teeth, and gums, which may occur upon collision or contact. Common injuries include chipped or broken teeth, or even bleeding and nerve damage to the teeth and gums. This is especially helpful if your children have already developed permanent teeth, as these will be much harder to replace.

At the same time, mouthguards have also been shown to limit the severity of concussions. This is because mouthguards are able to absorb some of the impacts from a blow to the head and help redistribute the resulting forces.

What happens if a mouthguard is not worn?

There are various types of dental injuries that may occur when a mouthguard is not worn. The first is fracturing, which involves a broken or chipped tooth. In such cases, it is best to stabilize the tooth and immediately transport the fragments of the broken tooth to the dentist, so that these may be repaired immediately.

The second case, avulsion, occurs when the entire tooth — right down to the root — is broken off. When this occurs, it is best to sterilize the tooth first and handle it carefully by the crown. It is recommended that reinsertion only be done by a dentist, as improper reinsertion could cause infection or long-term damage to the tooth and gums.

Lastly, luxation refers to cases where the tooth is still implanted in the root, but has been moved and is in the wrong position. The tooth may be extruded — or appear longer than other teeth — or laterally displaced, meaning it has been moved forward or backward. In both cases, it is best to see a dentist as soon as possible to fix the problem.

What kind of mouthguard is best?

The use of mouthguards can help you avoid all of these problems. Dentists recommend that at the very least, boil and bite mouthguards be used. These are readily available from many sports stores and is made from a thermoplastic material that softens and then molds to the teeth. An even better option is to have a custom-fitted mouthguard that is specially made for the athlete and according to the dentist’s instructions.